Thursday, 25 January 2018
The production of vegetable oil in Russia is growing annually by 10%
Regions-leaders in oil and fat steel production in Krasnodar Krai, Voronezh, Rostov, Kaliningrad and Saratov region 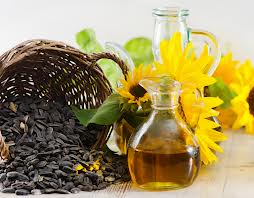 In Russia, oil and fat industry in the last two years shows growth at 10% annually. It provides the domestic industry with quality raw materials of Russian origin, said Minselhoza of the Russian Federation.

For 11 months in Russia produced some 5.1 million tonnes of vegetable oil, which is more than 500 thousand tons more than in the same period of 2016.

The Ministry of agriculture of the Russian Federation noted that the increase in the production of oil products due to modernization of production capacities and introduction of new facilities.

As reported by REGNUM news Agency, earlier the Minister of agriculture of the Russian Federation Alexander Tkachev said that the harvest of major food crops in 2017 has been unprecedented, allowing you to come to grips with agricultural exports."The harvest is truly unprecedented 130 million tons of grain. We're talking about meat, pork, poultry closed almost all the needs in our country. The same good results and vegetable oils, sugar, cereals and flour," he said.

Последние новости
12:00 Russian factories specialized engineering in Japan, will identify best practices in lean manufacturing
11:04 NSA: increase state support of agricultural insurance can provide protection for 17% of crops in Stavropol
10:06 Superintensive gardens will appear in the East of Stavropol
09:27 The Director of the Department of industry and trade of the Russian Federation, visited the Rostselmash
09:05 The Ministry of agriculture of the Russian Federation and the Rosselkhoznadzor will discuss with China the supply of products in Russia
08:04 Post-release of the IX specialized agricultural exhibition "Agroexpocrimea"
17:09 Potato Union: Russia will not soon refuse from import of seed potatoes
16:00 Miratorg started to export high quality beef to Brazil
15:08 Sunflower stocks exceed last year's by 2%
14:03 Vladimir Putin instructed the Government together with RSSM to develop the project of the program "Personnel for the village"
13:07 Experts VGNKI conduct preclinical studies of feed additives and medicines for veterinary use
12:04 "We focus on the Russian soul, the beauty of Russia, to the Russian land. It is the assets that we should use it": Perspectives of development of the Russian organic sector were discussed at BIOFACH-2020
11:02 Company Master Mushroom was presented at the PRODEXPO 2020 complete range of packaged products
10:08 "Development of agriculture of the Voronezh region is an example of efficiency" – the Chairman of the Rosselkhozbank
09:04 MORE RESEARCH, BETTER CROP. 5 YEARS OF INNOVATION CENTER "AGROTERRA"
All news