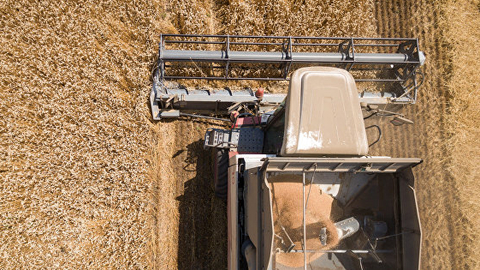 "As of July 30, the region produced the first million tons of grain. All threshed grain and leguminous crops 397,5 thousand hectares or 27.3% of total harvesting area (1456,6 thousands of hectares), with a yield of 32.8 centners from hectare", — stated in the message.

As noted by the regional authorities, to harvest grain crops in the region began in the first decade of July, however, due to the constant rain from July 15 to 24, the works were practically stopped.

"After the cessation of rains the farmers have resumed harvesting at an accelerated pace. Today filled up to 79.5 thousand tons of seeds of winter crops, or 48% of the needs (167 thousand tons). On the qualities tested 32% filled seed, 99% of the tested seeds are certified", — informs the regional government.