Tuesday, 31 July 2018
Field diary: on the don collected nearly 9 million tons of grain.
Agrarians of the Rostov region has collected more than 8.9 million tons of early grain and leguminous crops from an area of 2.7 million hectares, higher than 86% of all harvesting areas. 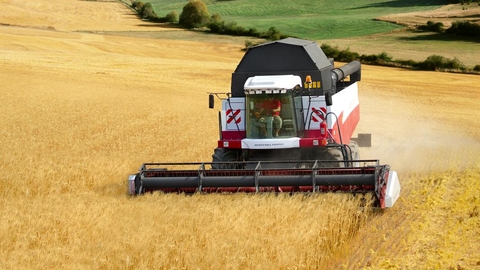 Close to completion of harvest the farmers also Zavetinskiy, Sal, sea of Azov and the Proletarian areas.

The highest grain yield at this time is noted in the Bagaevsky district (44,8 kg/ha) and Zernogradskogo area – 44,3 kg/ha. in three districts – Zelinska, Myasnikovsky, Pescanokopskoe – it is more than 40 kg/ha.

It is worth noting that in addition to the harvest of early grain crops don farmers are harvesting other crops, including vegetable crops. Simultaneously with the cleaning work in the farms is preparing the soil for sowing of winter crops for harvest in 2019.