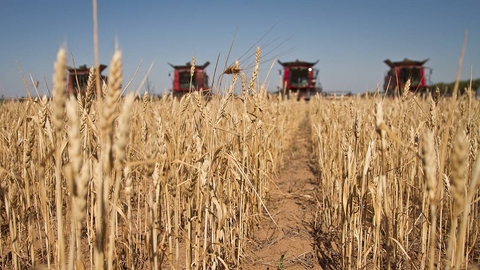 "As of July 10, Ukrainian agrarians did cleaning of early grain and leguminous crops on an area of a 3.9 million hectares or 40% to the forecast and harvested 13.1 million tons of grain," - said in the Ministry.

Recall that grain exports in the new season exceeded half a million tons.

Последние новости
11:02 Truck scales for avtodorstroy-Contractor
15:03 Truck scales at the sugar factory
11:05 Corteva Agriciscience forms a new portfolio of biological products and will work with M2i for the first international contracts
08:00 "My Summer" opens up new jobs in the Tula region
17:06 Equipment and leasing at European level: machinery Rostselmash through "Rosagroleasing"
16:02 AGCO-RM offers special leasing conditions for the tractor Massey Ferguson® 6713
15:03 Stocks of grain in the state Fund will increase to 6 million tons
14:08 CLAAS: SHREDLAGE® ONE OF THE MOST POPULAR TECHNOLOGIES OF FORAGE IN RUSSIA
13:06 The international Grains Council updated absolute record of production and ending stocks of wheat in the world – the forecast may
12:06 Rosgosstrakh has insured a large agricultural holding Kuban
11:03 Corn exports may limit until September 1
10:01 The Acron group has sold a license for production at the site of deposits of potassium salts KL 279 in Canada
09:09 Grain exports will continue in June
08:05 6 000 farmers from all South of Russia will gather again at the "Bottom of the don fields" in August
17:07 "Novotrans" provided handling 850 tons of cargo on the ferry complex in Ust-Luga port
All news