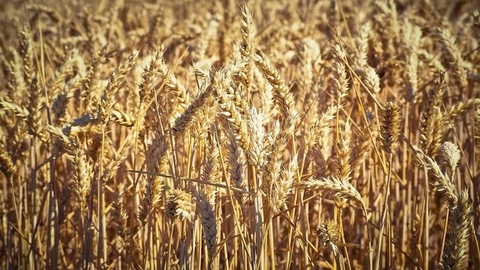 This was announced by Russian President Vladimir Putin at a state Council meeting today, December 26.

The head of state stressed that the annual grain harvest of over 100 million tons trend becomes stable.

Последние новости
12:00 Russian factories specialized engineering in Japan, will identify best practices in lean manufacturing
11:04 NSA: increase state support of agricultural insurance can provide protection for 17% of crops in Stavropol
10:06 Superintensive gardens will appear in the East of Stavropol
09:27 The Director of the Department of industry and trade of the Russian Federation, visited the Rostselmash
09:05 The Ministry of agriculture of the Russian Federation and the Rosselkhoznadzor will discuss with China the supply of products in Russia
08:04 Post-release of the IX specialized agricultural exhibition "Agroexpocrimea"
17:09 Potato Union: Russia will not soon refuse from import of seed potatoes
16:00 Miratorg started to export high quality beef to Brazil
15:08 Sunflower stocks exceed last year's by 2%
14:03 Vladimir Putin instructed the Government together with RSSM to develop the project of the program "Personnel for the village"
13:07 Experts VGNKI conduct preclinical studies of feed additives and medicines for veterinary use
12:04 "We focus on the Russian soul, the beauty of Russia, to the Russian land. It is the assets that we should use it": Perspectives of development of the Russian organic sector were discussed at BIOFACH-2020
11:02 Company Master Mushroom was presented at the PRODEXPO 2020 complete range of packaged products
10:08 "Development of agriculture of the Voronezh region is an example of efficiency" – the Chairman of the Rosselkhozbank
09:04 MORE RESEARCH, BETTER CROP. 5 YEARS OF INNOVATION CENTER "AGROTERRA"
All news