Thursday, 28 May 2015
The Deputy head of the Ministry of agriculture of the Russian Federation Andrei Volkov may leave his post
Responsible official can divide new deputies Tkachev Sergey Levin and Yevgeny Gromyko 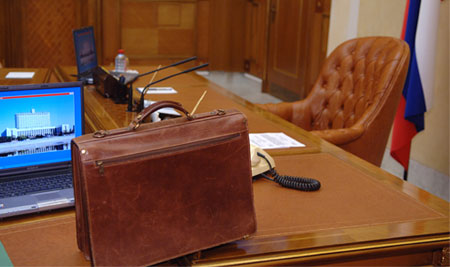 Areas of responsibility Volkova will be distributed between the new Deputy Minister, said the source TASS.

Wolves took the post of Deputy Minister in early 2014, prior to that, he held positions in the financial sector working with agreatest, in particular in AlfaStrakhovanie" and VTB. The Ministry of wolves oversaw the development of crop and work with investors.