Monday, 01 June 2015
Vladimir Beketov can become the Senator from Krasnodar territory
Place Yevgeny Gromyko, who will go to work in the Ministry of agriculture will be released next week 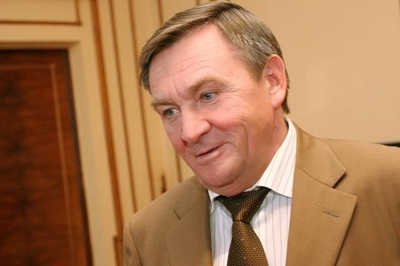 To get a comment from Vladimir Beketov has failed, in its press-service "news" stated that similar questions asked and regional media, but they have information about the plans of the speaker do not have.

Vladimir Beketov heads the legislative Assembly since 1995. His career, the native of the State farm (1949), made on the party line, becoming first Secretary of the Komsomol Committee, then — Secretary of the party organization of the collective farm, the instructor of the Krasnodar regional Committee of the CPSU. Since September 1980, he headed the assumption of the Executive Committee, and in December 1991 he was appointed head of the administration of Uspenka area. In late 1994, he was elected member of the legislative Assembly of Krasnodar region of the first convocation, and in 1995 became the first Deputy head of administration of the region on issues of agricultural development, while remaining a Deputy of the regional Parliament. In December 1995 he was elected Chairman of the legislative Assembly and since then was elected member and Chairman of five convocations.