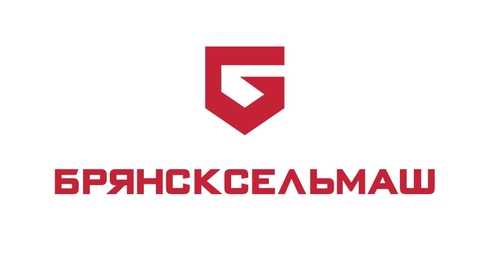 At the same ceremony, the opening of the training center ZAO SP "Bryanskselmash".

Participants and guests got acquainted with the training center, visited the exhibition and went for a memorable photo next to the equipment ZAO SP "Bryanskselmash". At the conclusion of the opening ceremony the floor was given to the UNPO Director of "Volga" Fedor Chetverikov, who spoke about the practical part of the training of students and work on technique "Bryanskselmash".

On the sidelines of the field works up to 80% of domestic equipment. Currently, in the harvest Park area of 650 harvesters "DESNA POLESIE". Policy of the Federal government and regional authorities aimed at creating favorable conditions of activities of producers of agricultural products. Saratov agricultural producers have the opportunity to buy equipment "Bryanskselmash" under the Federal lease that allows agricultural enterprises with minimum costs to update its industrial Park. Thus, the financial burden on the farmers savings, and the payback in the shortest possible time.

In 2018 the economy is planned to deliver about 100 units of agricultural machinery.

Последние новости
13:02 FAS notes problems in the distribution of subsidies in the agricultural sector of the Russian Federation
12:07 By September, Ukraine will be the Ministry of agriculture
11:08 Dmitry Patrushev, outlined the prospects of development of the flax industry
10:05 VIDEO: What is stopping to provide food security
09:01 Stocks of wheat in the regions of the Russian Federation of June 1 were at least the past 6-8 years - experts
08:02 AGCO-RM spends the first demo-tour self-propelled sprayers Massey Ferguson® in Russia
17:05 The HARVEST 2020: July 8 produced 15.3 million tons of grain
16:09 Canned antlers 40.3 million. USA exported from the Republic of Altai 2017
15:07 Freight report, week 27 2020
14:01 The Ministry has supported the project on the processing of expired products into animal feed and fertilizer
13:04 Natalia Smolyarenko appointed head of the Crop Science division of Bayer in Russia and CIS countries
12:01 The security Council noted the importance of developing seed
11:09 "Rosgosstrakh" in Stavropol Krai Agroholding paid 11 million rubles for the lost crop of winter barley
10:07 Experts of the grain market changed the assessment of crop in Russia this year, no single dynamics
09:05 Voronezhselmash tools in the Vladimir region Elevator complex
All news