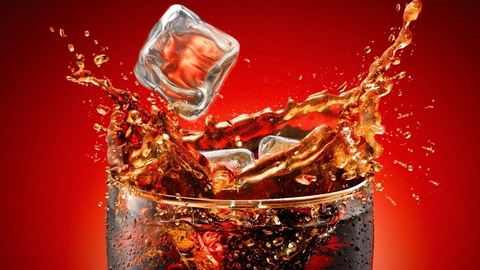 Coca-Cola paid for the British chain, for approximately $1.3 billion more than expected. Most likely Coca-Cola will use its distribution network to accelerate the expansion Costa (4000 sites) following the market leader Starbucks, with nearly 29,000 points on 77 markets.

Coca-Cola already sells coffee, for example, the Georgia brand in Japan, but does not have global brands and significant proposals in this category.

General Director of Coca-Cola's James Quincey said in his blog that "coffee is one of the strongest categories in the world, and Coca-Cola needs to expand the category coffee and hot beverages."

The acquisition of network Costa marks a new challenge for the 132-year-old company, representatives of Coca-Cola. According to analysts, the company will face serious competition, for example with Nestle, the market leader in packaged coffee. However, Coca-Cola intends to move in the direction of diversification, answering both the requirements of the users configured on healthier drinks and higher taxes on foods with excess sugar introduced in many countries.

Whitbread acquired Costa, founded in 1971 in London by brothers Sergio and Bruno Costa, for 19 million pounds in 1995. Then the network was only 39 points, but today the company operates 2,422 trading platforms in the UK and 1399 in international markets, operating as a franchise, joint venture and wholesale outlets.

According to Euromonitor International, global market for packaged coffee and coffee drinks reached about $83 billion in 2017. In this case, the value of the market of soft drinks was about $ 513 billion, Analysts say the rapid growth of markets, moreover, sales in coffee shops such as Starbucks and Costa, are growing even faster as people increasingly use their habit to consume on the go and not at home.
Earlier it was reported that Coca-Cola will increase investments in expanding the production of dairy beverages in Canada. In addition, the Corporation intends to restart dairy products in India.