Thursday, 18 October 2018
Italy announced billions of dollars of losses due to the food embargo Russia
The loss of agricultural exports to Italy from the Russian restrictions in response to Western sanctions exceeded one billion euros, said Wednesday the Association of Italian farmers Coldiretti. 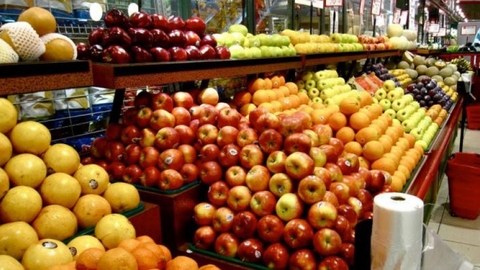 This "block" reminded of the organization, has affected "a large list of agricultural products with a ban on the import of fruits and vegetables, cheeses, meats and sausages, and fish from the EU, USA, Canada, Norway and Australia".

Nulling of the supply of these products Made in Italy and the direct losses associated with the lack of export is added consequential damages due to market losses and falling image. They are "caused by the spread in the Russian market of products which resemble, but have nothing to do with Made in Italy", says the Coldiretti analysis, which she prepared for the visit in the Russian Federation Vice-Prime Minister of Italy Matteo Salvini.

"It is impossible for Italy and the European Union, and it is important to resume the path of dialogue, because once again, the agri-food sector has become an exchange commodity in the international negotiations without any regard to how damaging this has economic, professional and environmental terms," — said in the message.

Salvini is one of the most ardent supporters of the lifting of sanctions against Russia. On Monday, speaking at a meeting of entrepreneurs in Monza, he called the sanctions social, cultural and economic absurdity.

About the damage of sanctions on Italian companies was said yesterday and the Prime Minister of Italy, Giuseppe Conte, who said they are "focused on themselves".