Tuesday, 12 March 2019
Acreage has increased in the Crimea over the past five years by almost 20% – agriculture Minister
In five years of stay of Crimea in the Russian Federation, the acreage of crops on the Peninsula increased from 630 thousand hectares to 750 thousand ha. this was announced by the Minister of agriculture Andrey Ryumshin, the press service of the Ministry. 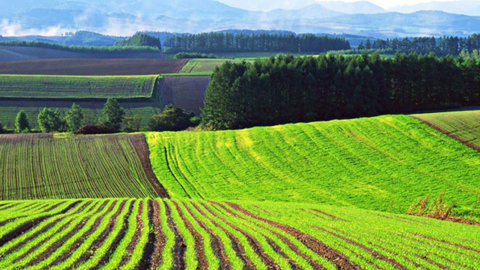 "For 2015-2018 payments to the consolidated budget of the Russian Federation on agriculture, fishery, food processing, beverages amounted to 28.5 billion rubles. Sown area of agricultural crops in the Republic of Crimea increased from 630 thousand hectares in 2014, up to 750 thousand hectares in 2018, 19%. The volume of state support of land reclamation for 2014-2018 made up 543 million rubles, so the group commissioned nearly 5 000 hectares of irrigated land," – said Ryumshin.

He recalled that Crimea is now ranked third in Russia by number of vineyards, the eleventh in area of fruit and berry plantations, the sixth in terms of gross collection of fruits and berries. In addition, the area of fruit and berry plantations in the five years totaled 2605 hectares, and vineyards – more than 2 500 ha., the Volume of state support of agriculture amounted to 9.3 billion over 2014-2018 rising from 471 million rubles in 2014 to 2.2 billion rubles in 2018.

Agriculture Minister noticed that last year in operation was also introduced feed mill with capacity of 300 thousand tons, "in the future, will allow to establish in the Republic a modern production of high-grade granular feed for livestock". In addition, was renovated production line at'nens'kyi dairy factory and installed Italian equipment, was built Elevator complex for 40 thousand tons of simultaneous storage of grain.