Friday, 15 March 2019
Patrushev spoke about the progress of spring field work at a meeting of the Government of the Russian Federation
March 14 held a Government meeting, which was chaired by Prime Minister Dmitry Medvedev. In the event, the Minister of agriculture Dmitry Patrushev presented a report "On the progress of preparations for the spring field agricultural works in 2019". 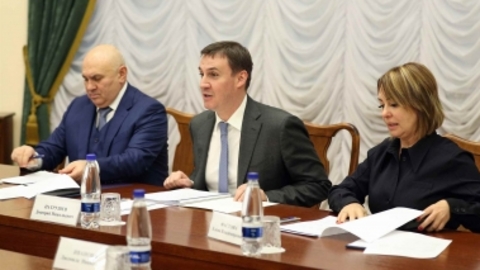 As noted by Dmitry Patrushev, in the current year due to favorable weather conditions spring field works started earlier multiyear periods. In the South planted more than 234 thousand hectares of spring crops and fertilizing produced 2.3 million hectares of winter crops. The sowing of winter crops for the harvest of the current year conducted on an area of 17.7 million hectares, which is 615 thousand hectares more than the previous year. In General, winter crops are in good and satisfactory condition at 91.5% of the total cultivated area, while the final results will be summed up after the snow cover.

Feature of the campaign in 2019 will increase the cultivated area of 1.2 million hectares – to 80.5 million hectares, including 52.3 million hectares of spring. Growth will be achieved at the expense of areas under cereals and legumes, forage crops, vegetables and potatoes.

Currently, the level of seeds of spring grains and legumes accounting for 98.9%, which is around 5.6 million tons. The Ministry continues improvement of state support measures aimed at encouraging farmers with quality seed material.

Another factor, which affects the readiness for spring field works, is the provision of agricultural producers with necessary equipment. The national average ratio of its readiness is at 90%, and in the regions southern and North Caucasian Federal districts is 97%. According to Dmitry Patrushev, today, farmers are increasingly changing older, inefficient equipment with new, modern machines.

The successful holding of the sowing campaign will contribute to allocation government support. Currently, the Ministry of agriculture has completed the delivery of funds to entities aimed 109,4 billion rubles.

Последние новости
11:02 Truck scales for avtodorstroy-Contractor
15:03 Truck scales at the sugar factory
11:05 Corteva Agriciscience forms a new portfolio of biological products and will work with M2i for the first international contracts
08:00 "My Summer" opens up new jobs in the Tula region
17:06 Equipment and leasing at European level: machinery Rostselmash through "Rosagroleasing"
16:02 AGCO-RM offers special leasing conditions for the tractor Massey Ferguson® 6713
15:03 Stocks of grain in the state Fund will increase to 6 million tons
14:08 CLAAS: SHREDLAGE® ONE OF THE MOST POPULAR TECHNOLOGIES OF FORAGE IN RUSSIA
13:06 The international Grains Council updated absolute record of production and ending stocks of wheat in the world – the forecast may
12:06 Rosgosstrakh has insured a large agricultural holding Kuban
11:03 Corn exports may limit until September 1
10:01 The Acron group has sold a license for production at the site of deposits of potassium salts KL 279 in Canada
09:09 Grain exports will continue in June
08:05 6 000 farmers from all South of Russia will gather again at the "Bottom of the don fields" in August
17:07 "Novotrans" provided handling 850 tons of cargo on the ferry complex in Ust-Luga port
All news