Friday, 22 March 2019
Russia introduces a ban on the supply of Turkish apples through Belarus
Moscow suspects Minsk in the re-export of "sanctions" products 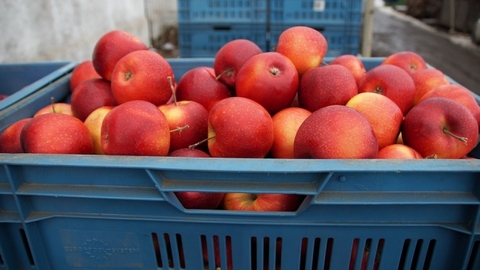 The Rosselkhoznadzor made a decision to impose a ban on deliveries to Russia of Turkish apples through the territory of Belarus. About it on March 21, said the press-Secretary of Department Julia Milano.

According to her, such a step the Russian side has gone to the high risk of import from Belarus under the guise of Turkish products products from countries in respect of which functions of the food embargo in response to sanctions.

The press-Secretary of the Rosselkhoznadzor noted that the Department has repeatedly reminded the Belarusian side about the need to verify and confirm the country of origin of products for re-export to Russia.

It is reported that the restrictions will take effect from Friday, March 22.

Note that March 28 is scheduled to meet the head of the Rosselkhoznadzor Sergey Dankvert and Director of the Department of veterinary and food supervision of Belarus Ivan Smilgynai. It is not excluded that this question will be addressed in the negotiations.