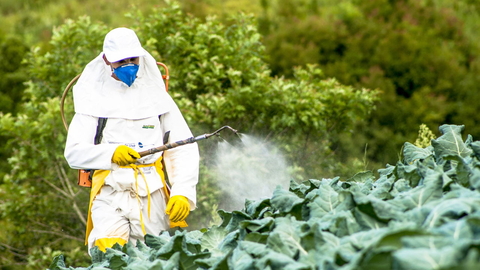 Reacting to information in the publication Tribune "In Punjab smells of fraud with the sale of pesticides", the Punjab government asked the local authorities report information on this issue.

In addition, the authorities have instructed the police to identify all the firms and individuals who were involved in the production and sale of fake pesticides in the state and take appropriate legal action against them.

Was also formed teams of senior officials of the Department of agriculture to inspect all units for pesticide production, marketing companies and dealers all over Punjab and to collect samples of pesticides for laboratory testing.

As a result, in the Moga district came to light discovered the Scam with pesticides for the production, marketing, distribution, storage and selling fake / counterfeit products Bayer Crop Science Limited, a leading global company selling seeds and pesticides.

Laboratory tests showed that it is a fake.

The agriculture Department Punjab had sent a request to Bayer and Saraswati Agro Chemicals India Private Limited with a request to explain why a company producing and selling seeds, fertilizers and pesticides, gave preliminary information about the number of batches of its products to the Department of agriculture, before putting them to your dealers and retailers, which is a mandatory requirement under the insecticides Act, 1968 and insecticides Rules, 1971. The answer has not come yet.