Tuesday, 23 April 2019
Rosselkhoznadzor revealed a new scheme of smuggling apples from Belarus
Apples of unknown origin was trying to smuggle to Russia together with party potatoes 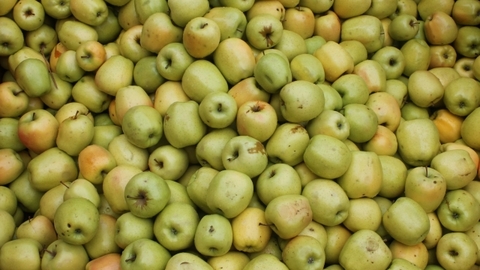 Rosselkhoznadzor revealed a new scheme of illegal import of fresh apples of unknown origin into Russia from Belarus. On this April 22, the press service of the Ministry.

As specified, April 19, when carrying out Supervisory activities on the phytosanitary control post "Dolossy" in the Pskov region it was found that with 5 tons of potatoes of the crop of 2018 produced in Grodno oblast, in the car there were fresh apples in the amount of 4 tons.

In Rosselkhoznadzor recalled that imports of apples from the territory of Belarus is temporarily limited from 12 April to prevent illegal re-export of products from third countries.

The Department believes that once revealed the fact of smuggling "once again testifies to the absence of proper control by the phytosanitary service of Belarus for certification of products manufactured by Belarusian enterprises."

It is reported that 4 tons of illegally imported on territory of Russia of apples were destroyed, the violator administratively liable.