Thursday, 25 April 2019
Russia is the largest importer of apples, pears and grapes – ready to "help"
To give a subsidy to all Russian producers of berries and fruits offered Dmitry Medvedev 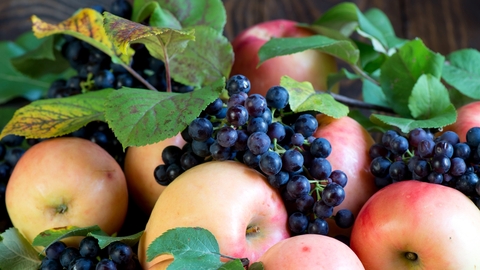 The Russian government is considering the issue of reducing the VAT rate on fruits and berries from 20% to 10%.

This was announced by Prime Minister Dmitry Medvedev, says the official portal of the Ministry of agriculture and food of the Moscow region.

"It so happened that the fruits, berries, and fruits have turned out historically to a different rate of VAT. Which was probably understandable common problems in the 1990-ies, but very difficult to explain now," — said Dmitry Medvedev.

According to him, the Cabinet of Ministers is considering two options out of the situation.

The first is to give a subsidy to all Russian producers of fruits and berries. This, he noted, will allow Russian products to be in the best competitive conditions to imported. "If you help, in other words, our own", — said Dmitry Medvedev.

The second option is simply to unify the VAT rate at 10%. "The second option is also good, but let's think: we still have forty percent of those same apples comes from abroad. If we introduce such a rate, it should be understood that, in fact, we have through our budget to subsidize production in other countries," warned Medvedev.

The Prime Minister assured that the government intends to solve the issue not just temporarily, but forever. Including if the decision is made to stop at the first option, the Russian producers "on a regular ongoing basis" and "in addition to what we have now" will have a set of subsidies, so their products were cheaper and more affordable for consumers, said the head of government.