Monday, 29 April 2019
India has raised the import duty on wheat
The Indian government took this decision to support local producers willing to invest in the cultivation of wheat 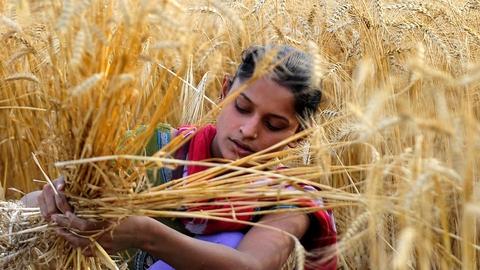 India raised its import duty on wheat to 40 percent from 30 percent, the government said late in the evening last Friday, writes Rajendra Jadhav the portal to Reuters.

Perhaps this contributed to the fact that the party of Prime Minister Narendra modi is trying to contain the discontent of the rural population due to the declining prices of the crop on the background of the General elections, which began April 11 and ends may 19.

Local wheat prices have fallen more than 11 per cent in 2019 from last year's reserves and projections of a record production.

The increase in fees will probably make the import of wheat flour a disadvantage for Indian companies even after the recent decline in world grain prices, as the cultivation of this culture are engaged more and more Indian farmers in the state.

The government usually buys about a quarter of this wheat from farmers at prices set by government to create reserves to implement food security programmes.

Wheat production in India showed an increase of 2 percent in 2019 compared to the previous year to a record 99,12 million tons, according to estimates of the Ministry of agriculture of the country.

Every year in India is grown only one crop of wheat, and the planting starts in late October and harvest in March.

Government stocks of wheat as of April 1 amounted to 17 million tonnes, almost 30 percent more than a year ago.

In the 2017/18 financial year, Indian manufacturers of flour imported 1.65 million tonnes of wheat, compared with 5.7 million tons a year earlier.

These shipments were mainly from Australia, Russia and Ukraine.