Tuesday, 07 May 2019
Ukraine. The expert predicted the decline of the grain harvest
The grain harvest in Ukraine this year could shrink by 2.4% compared to last year and amount to 68.4 million tons. 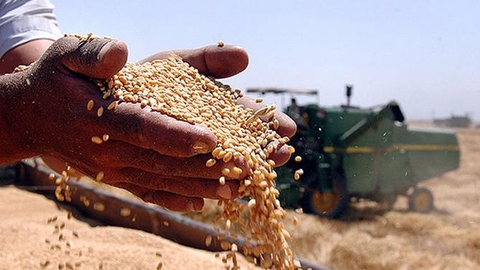 Подписаться на новости
Ukraine  grain  xUSSR  Agri-Produce  Countries  fieldwork
This was announced by Director of the National scientific center "Institute of agrarian economy" Yuri Lupenko on a press-conferences in Kiev.
"The grain harvest in Ukraine in 2019, could be reduced to 68.4 million tons, or about 2.4-3%," said Lupenko.
However, he noted that the harvest of summer grain this year could fall by 9-10%, mainly due to the reduction of the corn crop.
So, the corn crop in 2019 is expected to reach 31.6 million tons, which is almost 12% less than last year's harvest.
At the same time, the expert noted that the winter wheat crop in 2019 could increase by 9% compared to last year due to the winter wheat crop which is expected to reach 26.2 million tons.
As UNIAN reported earlier, early sowing of spring grain in Ternopil, Zhytomyr and Lviv regions require reseeding because of bad weather, at the same time, in the Central and southern regions - are in good condition.
Photo: DW