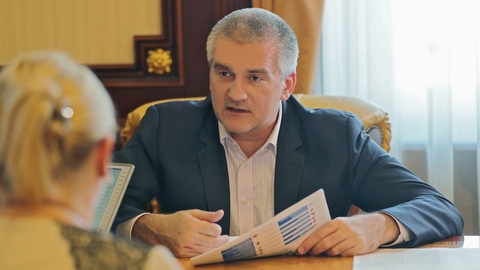 The Minister commented that the Department developed and implemented two regional projects which have been approved by the Central design office of the Republic of Crimea. "This project of creating a support system of farmers and rural cooperation in the framework of the national project "Small and medium entrepreneurship and support individual entrepreneurial initiatives" and the export of agricultural products in the framework of the national project "international cooperation and exports," - said Andrey Ryumshin.

According to the head of the Ministry of agriculture of the Crimea, developed a draft decree of the Council of Ministers of Kazakhstan On granting of grants on creation of system of support of farmers and development of rural societies. "Draft resolution concerning the determination of the competence Center. Normative legal acts are being coordinated by Executive bodies of the Republic. Its implementation is provided 47,88 million rubles from Federal and Republican budgets", - said the head of Department. The Minister also spoke about the regional project "the Export of agricultural products". "The rate of exports of agricultural products of the Republic of Crimea by 2024, according to the approved plan, will be about 7 million dollars. The regional project is planned at the expense of own means of the enterprises", - said Andrey Ryumshin.

During the meeting the head of the Crimea Sergey Aksenov drew attention of participants to the necessity of establishing a new system of monitoring the implementation of national projects.