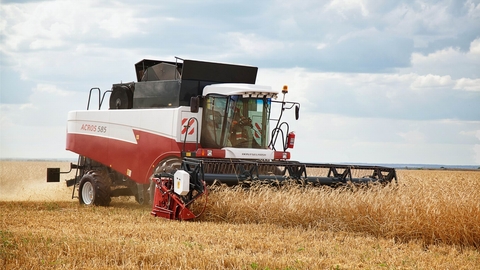 "This year, agricultural producers of the Republic of Crimea planned acquisition of 344 unit of agricultural machinery and equipment. Since the beginning of the year, the country supplied during the delivery process more than 31% of planned forecast equipment and machinery. Its total cost will be about 513 million rubles," - said the Minister.

The Minister also focused attention on the fact that in the period from 2014 to 2018, inclusive agricultural producers of the Republic of Crimea delivered 463 units of the main self-propelled agricultural machinery. Among them, 216 tractors, 239 8 grain and forage harvesters.

"Today in the Republic of Crimea have 20 878 units of agricultural machinery and equipment. This includes tractors, combine and forage harvesters, ploughs, cultivators, seeders, harrows. In fact, the whole machinery ready for harvesting, is in good condition", - said Andrey Ryumshin.

The Minister also said that in 2019 more than thirty of the Crimean agricultural enterprises have applied for the purchase of 260 units of agricultural machinery and equipment to JSC "Rosagroleasing".