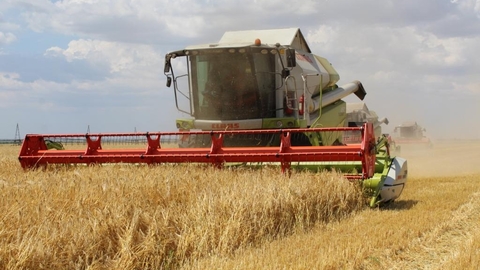 "Crimean agricultural producers have begun to harvest. Work is already underway in the Leninsky district. Enterprise "Vostok" contains the first 40 tonnes of winter barley from 11 hectares. The average yield per harvested area was 37 centners from hectare", – quotes Rymshina the press service of the Ministry of agriculture.

According to the Minister, at the moment the harvest began enterprises of Leninsky district. Only the Crimean farmers have to remove more than 740 thousand hectares, of which 574 thousand hectares of grain and legumes. "Massively Crimea will start to harvest after the 15th of June. This year we plan to raise at least 1.3 million tonnes of grain and leguminous crops," – said the Minister.

Earlier Rumson told reporters that this year is expected record for the last 20 years harvest. In this argali must collect per hectare not less than 20 quintals.