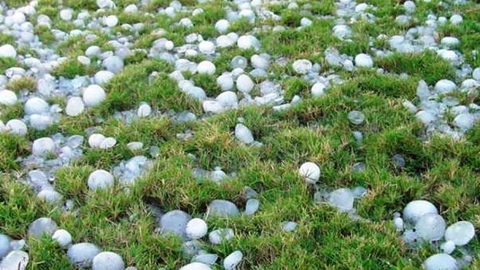 "Yuri Mikhailovich Hotsanic (Deputy Prime Minister of Crimea) according to my instructions, communicate with the representatives of those companies who have lost the harvest. I was the head of "Krymteplitsa" and we also discussed, what measures of support you can provide, because beaten almost all of the greenhouse – the roof is broken and so on. Until Friday this order to prepare options for action to support those who were affected by hail. While there is no solution", – said Aksenov.

According to the latest data, in the Crimea because of the hail that had fallen in June, affected farmland by 7.6 thousand hectares in Nizhnegorsky, Krasnoperekopsk, Pervomaisk, Razdolnensky, Saksky, Simferopol, the black sea and Lenin areas.

The company "Krymteplitsa" were affected by hail that fell on June 5. Experts found it difficult to assess the damage from weather phenomena because of the danger of collapse of structures of greenhouses.

In addition, heavy rainfall of late spring and early summer have created favorable conditions for development of weeds and pests in the fields and made it difficult for the harvesting campaign, which started on June 11.