Wednesday, 19 June 2019
Stocks of raw rice in the Kuban region will be depleted by August
According to NP "southern rice Union", with balances of paddy rice (and rice grains in terms of raw) June 2019 amount 82,7 thousand tons, which is by 33.4% less than the same period in 2018 (124.2 thousand tons). It is also the lowest figure for the last four years, according to a press release from the nonprofit organization. We are talking about the most common in the Kuban short-grain rice. 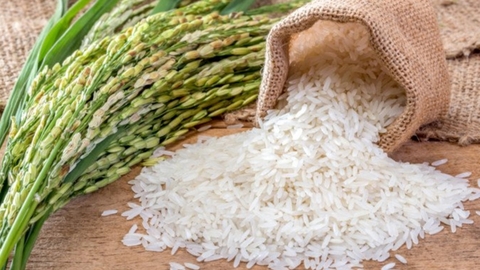 The Union says that the average monthly rate of decline of residues in the amount of 60 thousand tons, suggests that most likely the white grain reserves will be exhausted in August. According to the Executive Director of "southern rice Union" Mikhail Radchenko, a high rate of reduction of reserves associated with a lack of high quality grains and lower its output. "In addition, in 2018, the area of crops were the lowest for the last 10 years – a total of about 117 thousand ha. this year, for example, rice employs about 125 thousand hectares," - said Mr. Radchenko.

As previously reported by “Kommersant-Kuban”, the regional authorities have put in this year, the farmers task to repeat the record in 2016 on the gross harvest of rice to 1 million tonnes.

In this regard, the area sown to rice has increased by 8 thousand hectares and totaled 125.3 thousand hectares. However, previously rice farmers claimed that the reason to increase the production of no, as it will lead to falling prices in the market. In turn, the regional Ministry of agriculture noted that culture has a high export potential.

While farmers believe that the quality of rice Kuban has not yet been possible to greatly increase exports. The administration of Kuban has levers of influence on the rice farmers, in particular, farmers receive compensation for supply of water to the fields.