Thursday, 11 July 2019
JCB expands production capacity in Brazil
As part of a strategy to build volumes and market shares of the British manufacturer of special vehicles announced plans to invest $ 25 million in the development of their enterprises, producing equipment JCB for Brazil and neighboring countries 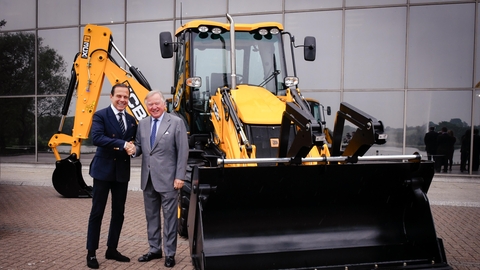 Since 2001, Brazilian production capacity JCB located in Sorocaba, state of são Paulo. In 2012, the company invested $ 100 million in the new plant. The opening ceremony of the plant was headed by the Prime Minister of great Britain David Cameron. Current investments in the amount of $ 25 million will be spent on creating new products for markets in Brazil and neighboring countries.

The Governor of the state of são Paulo joão Doria discussed the matter with the Chairman of JCB, Lord Bamford and chief Executive officer of JCB, Graeme MacDonald during his visit to the international headquarters of JCB in Staffordshire.

"The Brazilian market is in very good shape, it has grown significantly over the last 18 months and continues to evolve. Here our factories, producing goods for the world. Before we open up very exciting prospects and new investment will provide us opportunities for further growth," said Graham MacDonald.

Последние новости
10:04 Weekly market review sugar
09:06 Scientists of the Crimean Federal University have found a way to speed up production of essential oils
08:09 Holding company "Novotrans" increasing transportation of products of metallurgical enterprises
17:01 Program, new speakers, participants and sponsors of the International agricultural conference WHERE the MARGIN is 2020
16:08 Russia is preparing for a commemorative participation in the Brussels exhibition
15:41 GC "Yug Rusi" tender: "Supply of workwear and PPE to 2020" for the needs of enterprises of GC "Yug Rusi"
15:36 The large supply of technological equipment in the Kursk region
15:04 The network of hypermarket O ' KAY refuses plastic bags from the primary oil
14:02 AGCO-RM is launching a new leasing program for tractor Massey Ferguson® 6713
13:03 Rzs: the restriction of grain exports hit farmers
13:00 GC "Yug Rusi" tender: "Supply of two and three-component packing (DOY) in 2020. for the needs of JSC "SWC "Krasnodar".
12:09 The company announces the release of the 5 th tokovogo baler
11:04 The Senator of Council of Federation Sergey Mitin visited the production site of the company "Akva KHOLDING"
10:03 "News": experts predict a rise in prices of meat and milk in Russia
09:04 The President of the NRA of the Roots of bizdev: agricultural insurance with state support in 2019 covered 62 regions in all Federal districts of the Russian Federation
All news