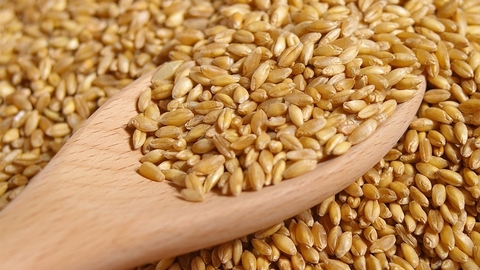 The main importer of grain from the Primorye territory is Japan, there sent to 33.4 thousand tons.

Последние новости
10:04 Weekly market review sugar
09:06 Scientists of the Crimean Federal University have found a way to speed up production of essential oils
08:09 Holding company "Novotrans" increasing transportation of products of metallurgical enterprises
17:01 Program, new speakers, participants and sponsors of the International agricultural conference WHERE the MARGIN is 2020
16:08 Russia is preparing for a commemorative participation in the Brussels exhibition
15:41 GC "Yug Rusi" tender: "Supply of workwear and PPE to 2020" for the needs of enterprises of GC "Yug Rusi"
15:36 The large supply of technological equipment in the Kursk region
15:04 The network of hypermarket O ' KAY refuses plastic bags from the primary oil
14:02 AGCO-RM is launching a new leasing program for tractor Massey Ferguson® 6713
13:03 Rzs: the restriction of grain exports hit farmers
13:00 GC "Yug Rusi" tender: "Supply of two and three-component packing (DOY) in 2020. for the needs of JSC "SWC "Krasnodar".
12:09 The company announces the release of the 5 th tokovogo baler
11:04 The Senator of Council of Federation Sergey Mitin visited the production site of the company "Akva KHOLDING"
10:03 "News": experts predict a rise in prices of meat and milk in Russia
09:04 The President of the NRA of the Roots of bizdev: agricultural insurance with state support in 2019 covered 62 regions in all Federal districts of the Russian Federation
All news