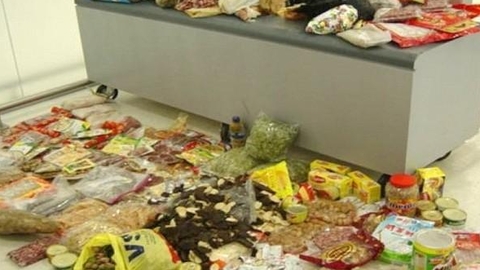 The Association wants the government of England and Wales followed the example of Scotland and Northern Ireland, where he actively conducted the inspection of baggage from countries with high risk of ASF. NPA also advocates an increase in the number of boarding dogs at the present time in the whole of Britain only has two.

Last week, the Department of agriculture for Northern Ireland found DNA fragments of ASF in the sausage, illegally imported from Asia. The British Ministry of agriculture reacted immediately, announcing about the launch of the information campaign at ports and airports, informing travelers about the risks associated with the importation of meat from areas affected by ASF regions.

However, the Executive Director of the NPA Zoe Davies said that the Association wants to see more action from the government.

"Currently in the UK there are no specific plans for inspection of Luggage of passengers arriving from countries affected by ASF. We are also concerned that UK border forces do not perceive the threat of African swine fever seriously enough. We need to demand a budget increase for the response, as the potential damage from the penetration of ASF in the British herd is in the tens of millions of pounds," said Davis.

Earlier, the UK government has estimated that the "reasonable worst case scenario" outbreak of ASF can cost the Kingdom up to 90 million pounds at prices of 2019. This includes costs to industry of up to 85 million, reflecting the loss of value of animals as the result of culling, restrictions on movement and trade restrictions, and government spending in the amount of up to 5 million for activities to combat diseases.