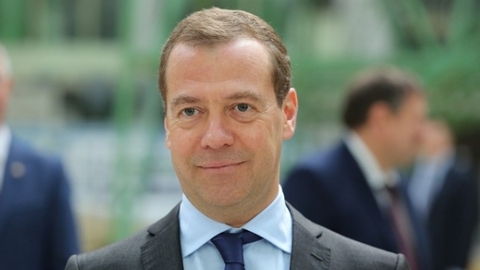 As the press service of the government, in the meeting will participate Deputy Prime Minister Alexei Gordeyev, Minister of agriculture Dmitry Patrushev, representatives of the relevant Federal Executive authorities, heads of regions, heads of industry associations and enterprises. The event will be held at the site of the Kursk meat processing plant.

During the trip the Prime Minister will also be visiting agricultural enterprises of the region and will hold a working meeting with acting Governor of Kursk region Roman Starovoit.

In 2018, the volume of agricultural exports from Russia exceeded $25 billion, an increase compared to 2017 is about 20%. Russia's agriculture Ministry expects by the end of 2019 reduce this figure to $24 billion due to the decrease in grain exports.

According to the may decree of the President of Russia Vladimir Putin, the export of products of agro-industrial complex (AIC) by 2024, will increase to $45 billion.

Pursuant to the decree, the government started implementing the Federal project "the Export of agricultural products" (part of the national project "international cooperation and export). He, in particular, involves the creation of a single branch system of promotion and positioning of agricultural products in foreign markets. It is also planned to develop a sectoral umbrella brands that will differentiate products, increase its visibility and added value in the international market.