Monday, 29 July 2019
The drought destroyed crops in the South-East of Zabaikalsky Krai
According to the head of the regional Ministry of agriculture Denis Bochkarev, damaged about 30 thousand hectares of crops 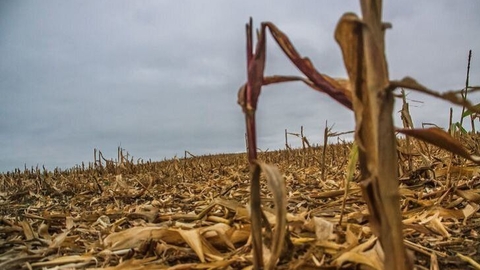 Farmers in three southeastern Transbaikal region have lost part of the harvest because of the drought, said on Monday, TASS, the head of the Krasnokamensk district Alexey Samaev.

"We are talking about three districts in the South-East TRANS - Baikal region- krasnokamenskom, Priargunsky and Kalkaska. The rains we have not had for a long time, last week watered a bit, but locally. In our area died from drought 12% of the cultivated area of several thousand hectares. On Tuesday will consider the introduction in the area of state of emergency," said Sammoun.

The head of the regional Ministry of agriculture Denis Bochkarev at the meeting, the acting Governor of the region Alexander Osipov added that the drought in the South-East of Transbaikalia has damaged about 30 thousand hectares of crops. In a press-service of the Ministry said TASS that the issue of cancellation of the crops.