Tuesday, 30 July 2019
How to eat apples along with beneficial bacteria – the scientists
The study found that apples are better to eat with the core and seeds 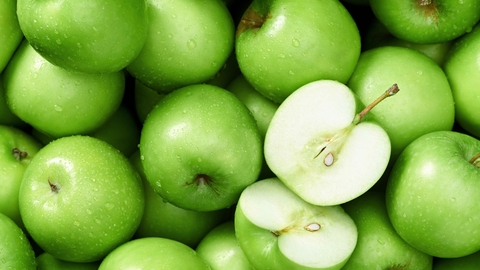 Doctors advised to eat an Apple a day for good health. But suddenly we are eating these fruits wrong? Is there a way?

In the new study, researchers from the University of Graz in Austria revealed that the cores and seeds of apples contain good bacteria, so think twice before you throw away the candy in the trash.

In the framework of scientific work of University staff analyzed organic and ordinary, store-bought apples on the presence of bacteria in all parts of the fruit including the stem, core, seeds and peel.

It turned out that both organic and conventional apples contain the "same number" of bacteria, while the greatest number of Apple bacteria is concentrated in the pulp and seeds.

"I wonder what the fruit pulp and seeds were the most "bacterial hot spots", while the peel was less colonized," - said in scientific work.

Because Apple seeds are placed serdtsevinke when you throw out the stump, along with him losing beneficial bacteria, including Lactobacillus, type of bacteria often found in probiotics.

Although organic and store-bought apples, as mentioned above, contain approximately the same number of bacteria, the researchers found in organic apples "much more diverse" bacterial community, whose members have a positive impact on consumer health.

Commenting on the launch of the program "Good morning America", the chief medical correspondent of ABC News Dr. Jennifer Ashton said, "We don't know whether it is better to more bacteria from the point of view of our gut health, but it is a very interesting study, which I hope will lead to testing of other products, whose parts we throw away".