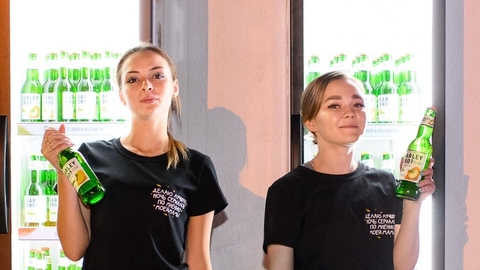 Throughout the night guests enjoyed the Barley Bros – a soft drink that has no analogues in the world and developed in the research laboratory Carlsberg in Denmark. His main secret – natural, no added sugars, sweeteners or preservatives. The combination of selected barley with lemon and Moroccan mint or Apple and green tea gives the drink a special taste and aroma.

Catherine Photokina, senior Director for development of licensed, low-alcohol and non-alcoholic brands of the brewing company "Baltika", part of Carlsberg Group: "Drink Barley Bros is designed for anyone who makes the choice in favor of one that will have a positive impact on their health and wellbeing, while not abandoning the fullness of taste. Natural ingredients, no added sugar made it a perfect addition for meeting friends for a night of TV shows from the Tricolor.

Irina, a participant of the "Night series" in Rostov-on-don: "I Received great pleasure from watching soap operas and drink Barley Bros. It completely changes the idea of non-alcoholic beverages. Its light and airy foam that blends perfectly with the taste. I can say that Saturday evening was perfect."