Tuesday, 30 July 2019
The Ministry of Finance clarifies position on payment of VAT for imported feed additives
Importers of feed additives can be relieved of the obligation to pay the value added tax (VAT) for the last three years in case the corresponding decision will be given retroactive effect. About it journalists were reported by the Deputy Minister of Finance of the Russian Federation Ilya Trunin. 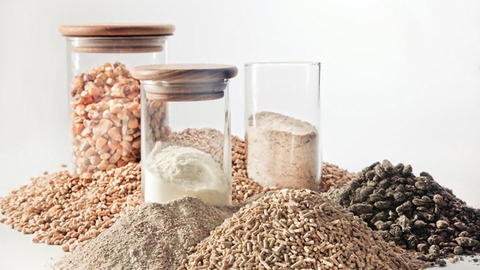 "We said before was the uncertainty, and from April 1 uncertainty no, it is released. You can give the decision retroactive effect and to release retroactively. Just need it someone did - said Trunin. We adhere to the law - the law says that VAT is not payable April 1, 2019, where these codes appeared."

Deputy Finance Minister also recalled the decision of the Supreme court of the Russian Federation, issued in April and September of 2018, according to which the feed additive is not subject to the VAT exemption.

29 December 2018 the Ministry of Finance published a letter which stated that the import to Russia of feed additives should apply the VAT rate of 18%, and from 1 January 2019 to 20%. Meanwhile, in previous letters the Agency stated that this category of goods should apply a reduced VAT rate of 10%. The government of the Russian Federation decree of December 6, 2018 included feed additives in the list of goods subject to VAT at the rate of 10%, however, the new provision came into force on 1 April 2019. Requirements of the Ministry of Finance boil down to the additional accrual of VAT for supplements imported before that date at the rate of 10%.

Previously, the newspaper "Izvestia" with reference to the minutes of the meeting of the Ministry of agriculture announced that the Agency opposed the actions of the Ministry of Finance. "Application of higher rates on the components of finished feed will negatively affect the economic efficiency and would increase the cost of the final product" - quoted edition of the document. According to calculations of the Ministry of agriculture, the amount of additional accruals will be 4-7 billion. The office is proposing amendments that would extend reduced rates on all the additives imported from 1 January 2016.