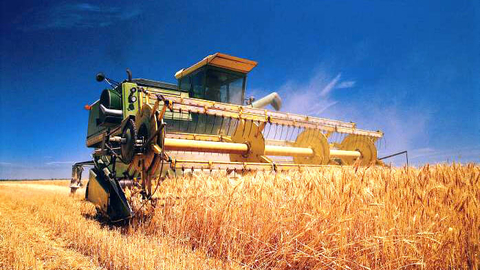 "The don farmers reported the completion of the grain-harvesting campaign, having gathered more than 11 million 173 thousand tons of early grain and leguminous crops, which is 8% over last year. As noted earlier, the Governor Vasily Golubev, the hallmark of this year's harvest is of good quality: up to 90% of harvested food grain. Due to the fact that the closest neighbors to the South, the harvest of early crops amounted to 11,118 million tonnes to 8.35 million tonnes, Rostov oblast this year was ranked first in terms of gross harvest of early grain".

Victor Goncharov noted that the Rostov region not only supplies its own needs in cereals (which account for about three million tonnes), but is constantly increasing the export potential of the don region.

In connection with the implementation of the national project in region is planned to increase production of grain and leguminous crops (up to 12.5 million tons) for further export by increasing areas of reclaimed land, use of productive varieties and hybrids, and renovation of agricultural machinery.

Total funding in the framework of the national project in 2019 will be 220,6 million. Of this amount, 216,2 million rubles provided from the Federal budget, and 4.4 million rubles from the regional budget. The funds envisaged for the implementation of activities in the field of land reclamation. Already formed a provisional register of members of the Federal project, which includes 11 agricultural enterprises from eight districts of the region. According to the preliminary applications this year must enter 2.5 thousand hectares of reclaimed land for cultivation of export-oriented agricultural products.

"However, under the national driver of export growth should be products with high added value, and not only grain, - said Viktor Goncharov. In this regard, encouraged by the trend consisting in change of commodity structure of export. Recently, significantly increased the share of oil products – from 13% in 2018 to 23% in 2019. Today, the export of products of oil and fat industry is almost 30% higher than the same period of 2018. Grown up also exported fish and fish products more than 20%. In General, the range of the don enterprises of food and processing industry is more than two thousand food products, and many are now working to expand the range of products for export."