Friday, 23 August 2019
ASF: the Polish Authorities accuse hunters in the sabotage shooting of wild boars
The Minister of environment of Poland, Jan Krzysztof Ardanowski thinks of ASF in pig farms is brought from the environment via infected wild boars. Minister blames hunters in the lack of support for the government's actions. 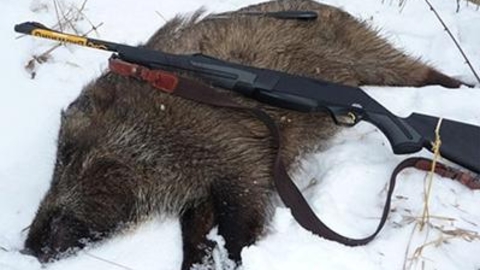 - The analysis shows that there were no cases when the disease was transferred between farms by veterinarians, farmers or anyone else. - explained the head of the Ministry. - If we don't finish the number of boars to a minimum in those areas where there is disease, it will continue to be posted in wildlife. The virus lingers long in dead bodies: about two weeks in the meat and to 7-8 months in the bone tissue.

According to the Minister, in Poland there are people who do not think of national welfare, and food safety, nor about the cost that has to bear due to slaughter of infected animals.

- The defenders of the boars needs to see the elimination of infected herds, when, in accordance with EU rules, killing sows with piglets. To see what a tragedy for farmers, and how expensive disposal of these animals. Without the destruction of wild boars, we can not cope with this disease," said Ordanovski.

The Minister believes that in the fight against ASF virtually no support from the hunters that "do not comply with the sanitary plans of the shooting and neglect of epizootic threat." In the last year of compulsory sanitary shooting was barely completed 50%.

The total volume of pork production in Poland is estimated at 20 billion zlotys per year. The spread of ASF in the province where there are major pig farms, means not only problems with meat, but also a huge loss to the state.

From the beginning Poland identified 42 outbreaks of ASF among domestic and 1574 hearth among wild pigs. According to veterinary inspection, in 2014-2018 due to ASF outbreaks, the farmers were paid compensation at PLN 14 million, eliminated more than 43 thousand pigs.