Friday, 23 August 2019
The Minister of agriculture of Crimea designated priorities in the development of the agricultural industry Krasnogvardeisky district
In Krasnogvardeisky district of the Crimea is successfully operating JSC "Druzhba Narodov Nova", which provides for poultry not only population, but also exports to other countries, according to "Agrovestnik" with reference to the materials of the regional Ministry of agriculture. 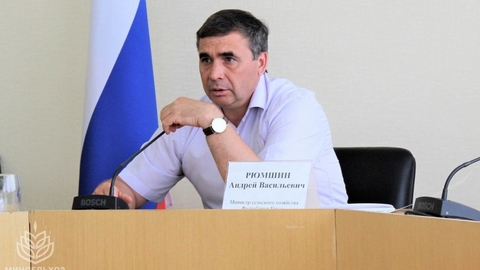 "So, in 2018, the company exported poultry meat into 1 million dollars in the Donetsk and Lugansk people's Republic, Kazakhstan and Abkhazia. For 2019, the export volume amounted to 5.3 million U.S. dollars to Kazakhstan, Kyrgyzstan, Armenia, Abkhazia and South Ossetia. In the years 2019-2024, the company plans to increase own export potential: 6.2 million USD to 17 million USD. Exports are planned such countries as Abkhazia, South Ossetia, Tajikistan, Azerbaijan, Vietnam, China, Syria and Angola", said Andrey Ryumshin.

The Minister also reported on implementation of the investment project in the village of NAID'onivka selection seed-growing centre in crop production. The amount of investment in the project will amount to 227,5 million.

"Plan a continuous, year-round work of seed selection and production center for 309 days a year, which will produce 74 000 tonnes of seed per year. Power selection seed - growing centre will allow 75% to satisfy the needs of the Republic of Crimea in high-quality seed material", -said Andrey Ryumshin.

Last year the district ranked first in gross yield of fruits and berries. It was more than 48 thousand tons, which is 2.3 times more in 2017. The main producer of horticulture is JSC "Crimean fruit company", which is also engaged in production of fruit crops seedlings. This year produced 450 thousand seedlings of pome, in the period from 2020 to 2026 is expected to produce 2.6 million pieces.

Andrey Ryumshin told about prospects of development of production agriculture. The Minister cited the example of JSC "Druzhba Narodov Nova", which is soon to be built warehouse for freezing cold processing and storage of meat products in the amount of up to 1700 tonnes and reconstruction of the feed mill JSC "Urozhaynensky CCP", the construction of the oil press plant with a capacity of 50 tons per day of sunflower processing, construction line input, the whole grains, with capacity not less than 8 tons per hour of processed wheat.

One of the main and promising directions of development of Krasnogvardeisky district Andrey Ryumshin called animal.

"The industry is evolving due to the stable government support. By 2020 we expect a significant increase in the number of cattle, pigs and poultry. However, increasing the production of livestock and poultry for slaughter in live weight by 19.8% to 46 thousand tons of milk by 35.8% to 15.8 thousand tons, eggs-by 10.2% to 111 million units," - said the head of Department.

Recipients of state support in the district in 2018 steel 162 of the entity in a total amount of 214,3 million.