Monday, 26 August 2019
From Penza to China sent the first batch of sunflower oil
On Friday, August 23, from station Penza-4 in China set off a freight train with sunflower oil. Expect 500 tons of oils intended for feed production, will arrive in Chongqing after 20 days. The development of export potential of the region is conducted under the national project "Small and medium entrepreneurship and support of individual business initiative". 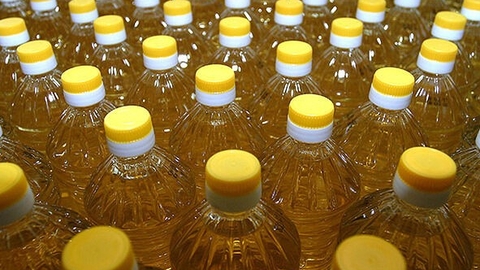 Agreement on the supply of oil to be produced in Penza, was concluded on 23 may in Cheboksary, on the Council on interregional cooperation in the format "Volga-Yangtze". Then with the support of the government of the Penza region agreed on cooperation of the civil "Rusgrain" and the Chinese partners. In General, the interaction between the regions of the Volga Federal district and provinces of China implemented on behalf of the President of Russia Vladimir Putin.

Send freight train consisting of eight wagons, became a kind of pilot project. In October I plan to send to China the oil in the containers. A train of 84 containers will be speedy and will arrive in a large Chinese center for two weeks.

Representatives of the company "Rusgrain" assume that products produced in the Penza region, will be in demand. First of all, because the city is home to 42 million people and it is a major consumer of feed. Before 2019 oil in China is produced on the basis of corn from the US. Now, these supplies are suspended. Penza oil intended to be used as a component of feed for animals. In addition to the sunflower oil will be sent and rapsovoe. In October, intends to send 2 thousand tons.

"This is the first test delivery, which is in Manchuria. The whole party is sold through our subsidiary company, which was the only Russian in the biggest city in the world Chongqing. This year we registered there and trading platform. By the end of this year we plan to put another 8 thousand tons of rapeseed oil and 10 thousand of sunflower oil, produced by the Penza factory. For the first time in China from Penza region sends the products produced here. Earlier Penza oil was supplied to China, but other traders from the Volga region" - said Deputy General Director of the company "Rusgrain" Michael Petrov.

Testing of oil in China has already passed and the company received the positive conclusion on the quality of the products. Now have offers from three state enterprises. Their representatives plan to arrive in the autumn on penziski the butter factory to perform quality meals. Now the enterprise "Rusgrain" has applied for inclusion in the list of exporters in China for supply of meals.

"Now for export of quality products in desired volumes is all there: the manufacturer, logistics and foreign trade. This is a pilot project in Central China, with a population of 700 million people. Penza company by export support Center is ahead of all" - said Mikhail Petrov.