Wednesday, 28 August 2019
The world Bank will allocate $200 million for agriculture of Ukraine
The Minister of Finance of Ukraine Oksana Markarova and world Bank Director for Belarus, Moldova and Ukraine, satu Kähkönen signed the agreement between Ukraine and the International Bank for reconstruction and development project "Programme "Accelerating private investment in agriculture of Ukraine", the amount of the loan which is $ 200 million. USA. About it reports a press-service of the Ministry of Finance. 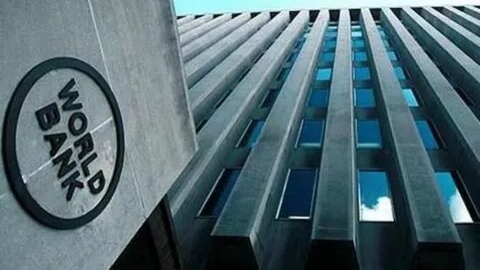 According to the report, the funds will be used for a range of events, in particular to the establishment of a state agrarian registry, an inventory of state-owned lands, conducting satellite mapping of Ukrainian territory, the development and implementation of information system on food safety and the requirements of the export markets and more.

"Ukraine, which now has the potential to become a global supplier of products for the world needs such projects as this one, in particular, to prepare land reform and transparent market open of the earth. Sure, its successful implementation will set a good example for subsequent projects with other IFIs that will allow us to increase the number of tools for involvement of private business in the development of the agricultural sector”, – the press service quoted Markarova.

The project will be implemented through a strategy of promoting private investment in agriculture for the period up to 2023, approved by the decree of the Cabinet of Ministers of Ukraine dated July 5, 2019 No. 595. Its goal is to support the efforts of the government of Ukraine, in particular the Ministry of agrarian policy, Ministry of regional development, Ministry of justice, Gosgeokadastra, Gospodarevskaya, aimed at creating a favourable environment for private investment, including small and medium enterprises in agriculture and agribusiness.

As UNIAN reported earlier, President of Ukraine Volodymyr Zelensky at a meeting with world Bank Group President David Malpasso confirmed their intentions to carry out land reform and to demonopolize the economy.

According to Malpass, the lifting of the moratorium on selling agricultural land in Ukraine and creating an efficient market will encourage improvements, including increased investment.

In December of last year the Verkhovna Rada has prolonged the current in Ukraine since 2001, the moratorium on sale of agricultural land until 2020. According to the world Bank, the lifting of the moratorium will bring Ukraine's economy to 0.7- $ 1.5 billion. annually.