Tuesday, 03 September 2019
New outbreak of ASF in the Amur region of the virus, brought from China?
Of ASF in the region destroyed about 7 thousand pigs 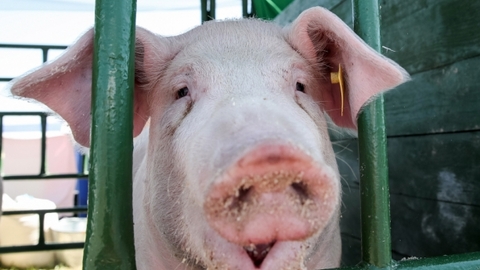 The virus of ASF was recorded in animals in Blagoveshchensk, Belogore and Raychikhinsk, as well as in farms in four districts of the region - in the villages of Ivanivka, Cheremkhovo and KFKH Ivanovo district, village Vinnikovo Mikhailovsky district, the village of Chernyaevo Magdagachinsky district and in the village of Sadovy in the Tambov district.

In Ivanovskoye, Magdagachinsky and Mikhailovsky district of the first endangered area is 5 kilometers. In the Tambov region — 10 miles, beyond the Garden, hit the village of Lermontovka, and in Raychikhinsk — Selvino. In Blagoveshchensk the first zone is 16 kilometers.

In addition to the mountains and Garden, which are located within the boundaries of the municipal district, it includes the village of Chigiri, and the Canton Commune. The second caution area in all these areas is one hundred kilometers.

- According to preliminary data the total number of pigs in these areas is about 2700 heads. Currently, the municipalities are preparing to work on alienation and disposal of infected and potentially infected animals — said the head of the veterinary Department of the Amur region Sergey Samokhvalov. In the villages imposed quarantine, at the entrances set the posts.

In addition to experts of the Amur management of veterinary to eliminate outbreaks of ASF by employees of the emergencies Ministry, the Amur centre of CD and PB, of the regional Ministry of forestry and Regardie — a total of about 120 people. The work is conducted seven days a week.

Meanwhile, on the eve were completed for the disposal and recycling of all previously identified infected and potentially infected pigs in the territories of the four areas where it was detected the virus of African swine fever. The alienation took place the bloodless method, by injection. Then the carcasses burned on specially allocated land, and bottom ash were disinfected. Disinfection were also areas of livestock buildings, yards, roads in the villages and the entrances to them.