Wednesday, 04 September 2019
In China, corn leaf cutworms struggling with agredano
In China to combat pests that destroy the crop, has used drones with pre-loaded with insecticides 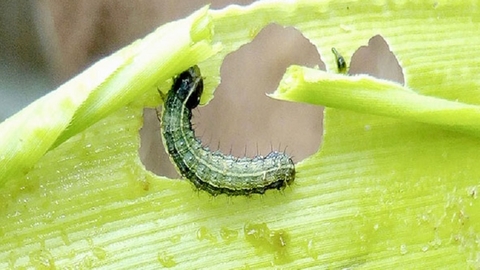 As reported LENTA.RU with reference to Bloomberg, the effectiveness of this method was 98 percent. In the development of vehicles involved XAG Chinese and German Bayer, applied in the Guangxi province.

The struggle is with the insect corn leaf cutworms (Spodoptera frugiperda). During the day, adults can overcome the distance of over 100 kilometers. "It's devouring the harvest of a monster that kills more than 80 percent Selhozholding cultures," so the pest described in XAG. The treatment field is conducted primarily at night: when butterflies are most active.

The insects devour nearly two hundred species of plants, including rice, corn, vegetables, cotton, wheat, soybeans and sugar cane. For the first three years since then, as the insect has spread in Africa, farmers lost $ 13.3 billion. The Agency pointed out that in a short time the insects can spread to Europe, Australia and Southeast Asia.