Wednesday, 04 September 2019
In the port of Taganrog will build a grain transshipment complex
Experts of the Rostov and Crimean branches of Glavgosekspertiza of Russia has considered results of engineering researches for preparation of the project of construction of the universal transshipment complex in the seaport of Taganrog in the North of the pier. According to the results of state expertise issued a positive conclusion. 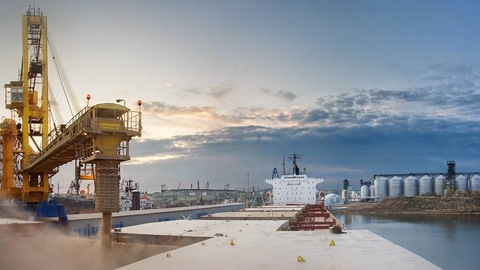 "Agreement on the construction of the complex was signed by Rostov region Governor Vasily Golubev and General Director of "Marine grain terminal" Yuri Kurilov on the Russian investment forum in Sochi in February 2019. The turnover of the new transshipment terminal will be 270 thousand tons of grain cargo per year", - stated in the message.

Engineering survey, the results of which received a positive conclusion of the Rostov office of the state expertise was conducted with the aim of developing project documentation, involving the reconstruction of the protection structure and the new construction of two cargo berths adjacent to the Northern groyne with internal and external parties. Length of berths will be 227 meters and 285 meters. Old part North of the pier is recommended for use as the base part of the projected object.

The functional purpose of a designed object – the protection of port water area from external influences of the sea (including excitement, heaps of fields of ice, movement of bottom sediment), as well as transshipment of grain cargo scheme for direct transshipment at berths designed at the district Mall.