Friday, 06 September 2019
Agrarians of Altai territory have reduced the acreage under wheat at 560 thousand hectares
Agrarians of Altai Krai reduce the acreage under wheat, increasing the sowing of industrial crops, reported the Agency "Interfax-Siberia" the Deputy Minister of the region Alexander Lukyanov in the framework of the working visit of the Governor Viktor Tomenko in the steppe regions 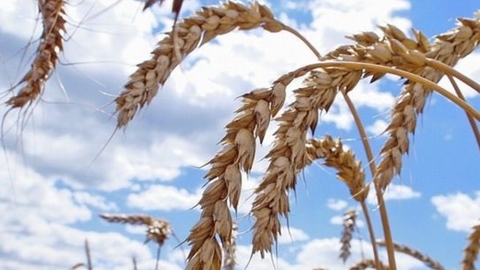 "We are the grain each year reduce. We increase technical and oilseeds, soy and sunflower, and at the expense of grain wedge. We set up the farmers on reduction of crops of buckwheat, wheat. We for seven years have reduced the acreage under wheat almost 560 thousand hectares. It was a monoculture and you can't deal with overproduction," said Lukyanov.

According to him, technical and oilseeds more profitable output with hectares exceeds 2.5 times in contrast to grain.

"Canola and soy, we increased the volume (of crops - if) almost 2.5 times compared to previous years. This, in turn, is exported. We annually imported soybeans from the Far East to 115 thousand tons. Therefore, the task was their soybeans to produce, as far East differ in quality", - said the Agency interlocutor.