Monday, 09 September 2019
The demand for soybean meal in China falls
The Ministry of agriculture of USA (USDA) suggests that consumption of soybean meal in China in 2019/2020 MG will be reduced to a 4-year low. This happens due to the reduction of pigs caused by African swine fever, writes World-Grain. 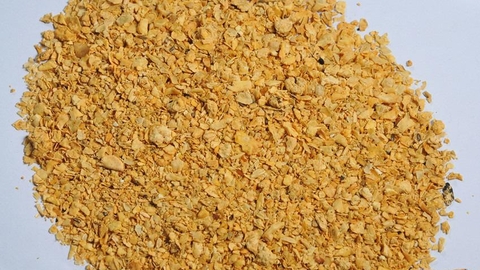 As noted earlier, the "КазахЗерно.kz"in China the number of pigs is dramatically reduced. In August 2018, the country began the outbreak of African swine fever. She has covered all provinces in the country. According to official data of the Ministry of agriculture of China, in July the number of pigs and sows has decreased by more than 30% compared to the same period of 2018.

USDA finds the trend to consumption of soybean meal is negative. Though the Chinese government is also taking action to encourage the breeders to replenish the stock, but they do not bring the desired result.

For the first half of 2019 in China produced 93 million tons of feed, slightly less than in the same period of 2018 Farmers buy less feed for fattening pigs and sows than last year. Feed for cattle buy more. In particular buy more feed for poultry. This is because consumers prefer chicken instead of pork.

Imports of soybeans to China for 2019/2020 MG will be reduced significantly, returning to the figures 5 years ago. This is due to reduction of a livestock of pigs in the country. At the same time, China will increase its own production of soybean in 2019/2020 MG to 17.1 million tons. In 2018/2019 MG it is estimated at 15.9 million tons. The increasing production is promoted by public support measures for farmers growing soy.