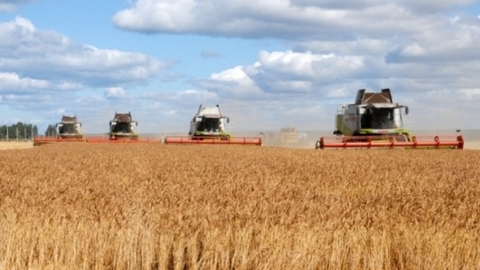 Ukrainian farmers as of 9 September harvested 39.7 million tons of grain and leguminous crops from an area of 10 million hectares, or 66% of the forecast. This was reported by the press service of the Ministry of agrarian policy and food.

In addition, farmers from 15 oblasts of Ukraine started harvesting corn: already trashed 281 thousand tons of grain from the area of 46 thousand hectares, or 1% of the forecast.

As UNIAN reported earlier, the harvest of grain and leguminous in Ukraine to 2018, amounted to a record 70.1 million tons. According to the forecast of Ministry of agrarian policy, in 2019, the yield can be increased by 1.5% compared to the previous year and make 71.1 million tons.