Wednesday, 11 September 2019
China was named a priority market for vegetable alternatives to meat
California manufacturer of meat substitutes from plants Impossible Foods is actively working to accelerate its presence in China, considering China is the number one priority of all foreign markets 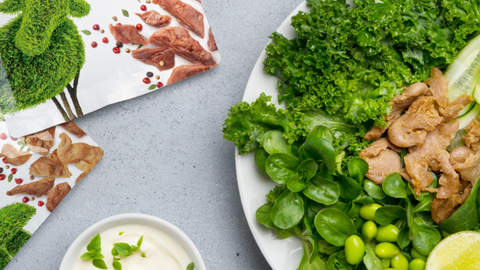 The company has presented its products in Hong Kong and Macau, and sends 450 restaurants in Asia, but wants to expand its presence in mainland China, where meat production is difficult because of the chronic shortage of land and water, said the Director of the Impossible Foods O brown Agency Reuters on the sidelines of the Forum on sustainable development in Yunnan province in southwest China.

He said the company has held preliminary talks with potential partners and hopes to support local authorities to implement the technology of manufacture of vegetable analogues of meats in China after the company will complete necessary regulatory processes.

"China is our top priority for future expansion. It is the largest consumer of meat in the world. About half of the growth in meat consumption in the world over the last 10 years or so has occurred in China. In fact, the place where we can have the greatest impact on our mission is in China," said O brown Reuters.

The main competitor of Impossible Foods (based in Los Angeles, the company Beyond Meat) is also interested in promoting in China.

However, foreign firms will face competition from the local companies offering similar products, such as Whole Perfect Foods from Shenzhen.

O brown noted that, in the end, Impossible Foods, plans to move some production to Asia, and the firm is already looking for potential targets.

Although meat consumption per capita in China, in fact, much lower than, say, in the United States, demand is growing. To the situation with ASF China produced about 54 million tons of pork a year, which is about half the world total.

Beef production in China also rose to its highest level in 20 years last year of 6.44 million tonnes, the import has increased.

China buys about 60% of world production of soya to feed pigs and other animals.

The Chinese government is trying to solve the environmental problems caused by farming, by closing or moving a large number of poorly managed pig farms and poultry farms. China's state-society power has even tried to encourage the population to eat less meat and dairy products, but with modest success.

Последние новости
16:00 Weekly review of the sugar market as of April 3,
15:07 Grape hi-tech
14:09 NSA urged its members not to restrict the work of relevant departments and branches of the agricultural insurance
13:07 TESTED AND PROVEN: SENSOR CLAAS NIR SENSOR DETERMINES THE MOISTURE UBRANI MASS WITH LABORATORY ACCURACY
12:02 APH "ECO-culture" — fresh vegetables to support retirees on social security
11:03 One in field – warrior
10:09 BAADER, Marel, PERUZA, "Technological equipment" and "SP-Technology" will take part in the IV Global Forum Fishery & Seafood Expo Russia
09:01 "Baltic leasing": the branches and the head office work online
08:07 JSC "FGC" began to provide services to its own locomotive
17:06 Recommendations for the storage of grain and products of its processing.
16:02 Weekly review of the market of milk and beef for week 13
15:09 GfK study: the Effect COVID-19
14:03 Corteva Agriscience holds a photo contest
13:01 Anti-crisis online conference "See the Possibilities - See the Money"
12:09 HUMIDITY OF GRAIN AND METHODS OF ITS DETERMINATION
All news