Thursday, 12 September 2019
Omsk grain found its way to Asia
The main problem of the export of Siberian products — the remoteness of the regions from foreign markets. Transportation costs eat up most of the profits. However, the hawks are going to increase exports. 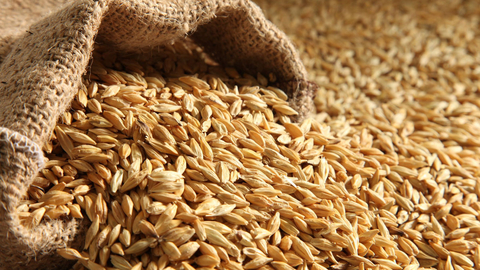 According to experts, Omsk oblast could be exported to South-East and East Asia, millions of tons of grain. Need Malaysia, South Korea, China, Japan and other countries is about 70 tons per year. And the Philippines is ready to buy in the Omsk region and even pork. Meanwhile, in the Russian port of Vostochny is being renovated. Therefore, the regions are looking for alternative supply routes to the countries of the Asia-Pacific region. One of them — the Northern sea route.

— Omsk stands on the Irtysh river, the path leads to the Gulf of Ob, to the port of Sabetta. There products can be overloaded ships and deliver in the countries of South-East Asia. For Siberia it is a cheaper option than to transport it by rail to Vladivostok, — says the Governor of the Omsk region Alexander Burkov. — This question we have already discussed with Deputy Prime Minister of the Russian government Alexey Gordeyev.

East economic forum the regional authorities held talks with the President of the Philippine-Russian business Assembly, Ms. Armi Lopez Garcia, and Philippine Consul General in Vladivostok. Details of cooperation the two sides will continue to discuss at the international food exhibition in Moscow in late September of this year.

Omsk region has developed a solid export potential. In 2018, there were gathered 3.2 million tons of grain, 60 percent of the harvest sent to other regions and abroad. To ensure a guaranteed market for transport-logistic company "Grain Siberia", which should organize the export of agricultural products without intermediaries.

Meanwhile, In Omsk, will be a joint Russian-Japanese enterprise on production of organic synthesis. The corresponding Memorandum was signed at the site V East economic forum. The Japanese company "Sojitz Corporation" will provide the import of modern technologies of construction and professional support of the project.

The management of the Omsk region also held on the forum talks with the leadership of the holding "Airports of Regions" on the construction of the new airport Omsk-Fedorovka. It was erected in the last century, the objects remained unfinished approximately 20 percent and is now inoperable. Almost construction must start again. The amount of more than 20 billion rubles for the region unaffordable, so no investor can not do.