Monday, 16 September 2019
Baltika said the need to strengthen the fight against illegal market
Brewing company "Baltika", part of Carlsberg Group, together with the Union of Russian brewers intends to significantly strengthen the work on prevention of illegal turnover of beer. This was during the past 13 Sep forum "the brewing industry – 20 years together" said the President of "Baltika" Lars Lehmann. The company is willing to invest significant resources in protecting the interests of bona fide market players. 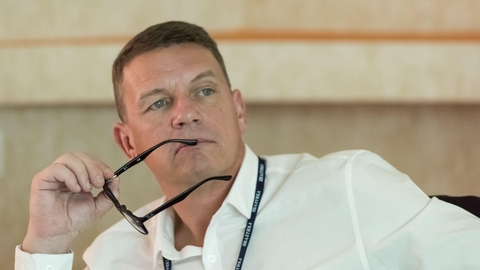 Brewing company "Baltika", as the largest participant of the market, attaches great importance to combating illicit trade in beer production. According to the President of "Baltika" Lars Lehmann, the industry needs to join forces with government to fight the illegal segment of the market. Baltika supports the state's desire to limit the activities of unscrupulous manufacturers who evade excise duty and enjoying different ways to bypass the law. Company in the Union of Russian brewers regularly interacts with local authorities, participates in specialized committees to combat illegal trafficking and plans to significantly expand this activity.

Lars Lehmann, President of the brewing company "Baltika", Executive Vice-President of Carlsberg Group in Eastern Europe: "I think the risk of illegal beer market one of the key threats to the future of the industry. We welcome competition, but she should be honest, and with industry participants and public authorities we need to provide enabling environment. "Baltika", together with the Union of brewers will strengthen efforts to combat the illegal production and trafficking of beer".

A few years ago there was a tightening of regulation by the state, which had an impact primarily on bona fide manufacturers. Market redistribution in favor of illegal manufacturers could adversely affect bona fide players, will lead to lower tax payments to the budgets of different levels. Experts note that the illegal producers of alcoholic beverages to a greater extent remain outside of regulation, control and supervision.