Monday, 16 September 2019
Crimea for sowing under harvest 2020 should 92,484 thousand tons of seeds
The head of the Crimean branch of "rosselhozcenter" Andrey Alekseenko took part in a series of Bush meetings in the municipal districts of the region, devoted to the preparations for the autumn sowing of winter crops under harvest 2020. 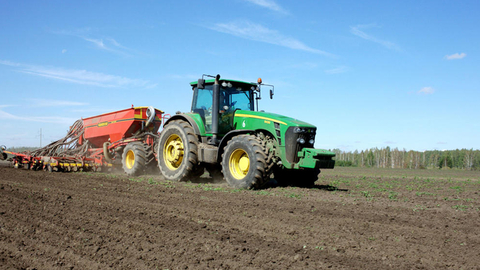 The meeting was initiated by the Ministry of agriculture of the Republic of Crimea for representatives of the agrarian sector.

They also took part the staff of the branch of the fgbi "Heartlessly" in Kazakhstan, fsbi "TSAS "Crimean", the fgbi "Crimean ahem", DIRECTOR of scientific research Institute of agriculture of Crimea, the fgbi "VNIIKR", the Federal state statistics service in Republic of Crimea and city of Sevastopol, as well as the management of the administrations and the representatives of the enterprises of the districts.

During the meeting the head of the Crimean branch of "rosselhozcenter" Andrey Alexeyenko told the audience about the need for seed treatment for protection against pests and diseases, verify the quality of seeds sown, volume of testing of seed crops, photoexpert and phytosanitary monitoring.