Monday, 14 October 2019
Senior Vice-President of "Rosgosstrakh" Elmira Glubokovsky at "Golden autumn-2019": insurance should become an effective risk management tool in agriculture
"Agricultural insurance with state support plays a key role in ensuring sustainable development of the agroindustrial complex of our country. And the constructive engagement of all stakeholders — representatives of different branches of government, farmers and insurers, will contribute to the further growth potential of the insurance of protection of domestic agricultural producers", — said senior Vice-President for interaction with public authorities and public associations of the company "Rosgosstrakh" Elmira glubokovskaya, commenting on his participation in the round table "Agricultural insurance. The potential for development". 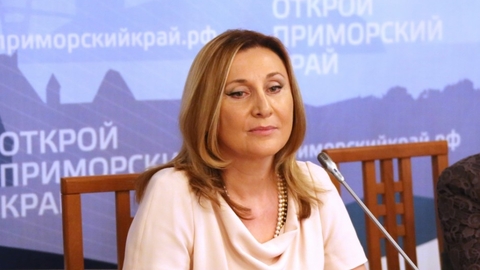 By the end of 2018 "Rosgosstrakh" at the box is among the three leading companies operating in the agricultural risk insurance market, and leads in the number of contracts, most of which — contracts for insurance of animals in private farms. It is the peasants became one of the initiators of the Renaissance insurance in Russia after the 1917 revolution, which was restored by the decree of people's Commissars and the establishment of state insurance. Rosgosstrakh, as the successor of state monopolies with a wealth of experience and extensive regional network for many years provides agricultural producers with a reliable insurance protection.

Fees for agricultural insurance in "Rosgosstrakh" for the first half of this year compared with the same period a year earlier increased 2.4 times and made 239,7 million. The increase in fees more than doubled — it is the result of systematic work within the company and with partners-agricultural producers.

"Today the state pays great attention to the development of agriculture in Russia. However, every year agriculture heavy losses due to the sharp and sometimes difficult to predict changes in weather conditions. And the risk of epizootic diseases, particularly African swine fever and avian influenza, is a threat to industrial livestock and poultry. The government of the Russian Federation emphasized the need for further development of agricultural insurance to expand the coverage of regions and enhance the role of insurance coverage in the compensation of losses in case of emergencies, says Elmira glubokovskaya. The task of the insurance companies to develop and offer farmers new insurance products and programs that meet the needs of large agricultural holdings and farms".