Thursday, 17 October 2019
The agriculture Ministry plans to 2021 to start trial operation information system APK
State Secretary – Deputy Minister of agriculture Ivan Lebedev participated in the interregional meeting "the Leaders of digital development" in the Krasnodar region, which made a report on the digitalization of the agricultural sector in the regions of Russia 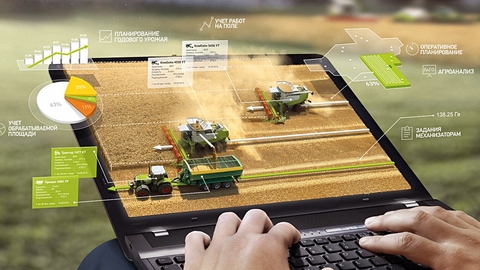 As noted Ivan Lebedev, in 2019 with the participation of the pilot regions will be developed an information portal, as well as a personal account of the agricultural producer. Experienced the launch of the system and gradual connection of all regions of the country, is scheduled for 2021.

According to Ivan Lebedev, one of the most important tasks in the development of the relationship local farmers with government – transparency mechanisms of state support. It is designed to solve the Federal project "Digital public administration", implemented in the framework of the national programme "Digital economy of the Russian Federation".

So, the Ministry of agriculture expects that all the statements about financial and economic condition of commodity producers of agriculture in the future will be accessed through digital services.

Due to this, the regions will have the flexibility to efficiently and maximize the use of budgetary funds and to develop agriculture in the country.