Thursday, 17 October 2019
China: new rules of validity of tariff quota on wheat give the chance to exporters USA
US Wheat Associates (USWA) said Wednesday that China recently changed the rules of the tariff quotas for wheat, in particular, allow American farmers to look optimistically on the prospects of supplies of wheat in the Asian country. 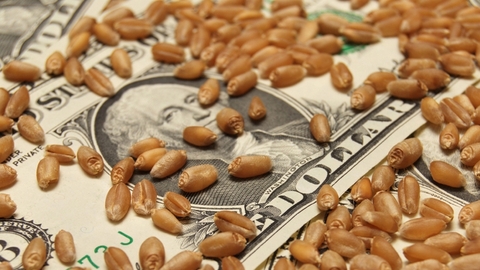 Changing the rules of the tariff rates, as well as the need for supplies of quality wheat can make China one of the largest wheat importer in 2020гсчитают experts USWA. The Agency said Grain Online.

The United States appealed to the WTO with a complaint against China, saying that the practice of regulation of tariff rate quotas limits the ability for American farmers to export high-quality grain at competitive prices to consumers in China.

In April the WTO ruled in favor of the United States and China agreed to implement the decision by December 2019.

Recently, China announced new rules of operation of tariff rate quotas on wheat, saying that she needs to get completely as part of government imports and private. However, the condition of its commitments, China has put the relevant market conditions.

Another change was the increase in the number of state enterprises that may apply for distribution of the imported wheat tariff quota. Also private enterprises are permitted to apply to the portion of tariff rate quotas, which was previously reserved for the state.

If the changes will work in practice, and the Chinese mills will begin to respond to market signals, most of the annual tariff quotas will be implemented, says USWA.