Monday, 18 November 2019
Minister of Tatarstan told about diabetes records and agropalma
At the weekly meeting of the day, the Minister of agriculture and foodstuffs of Tatarstan Marat Zyabbarov told the participants about the record harvest of sugar beet — one "of the most high in all the years of cultivation" and also asked the heads of agricultural enterprises do not skimp on the seeds, podkopai cheap material, which is the shortage of the crop. 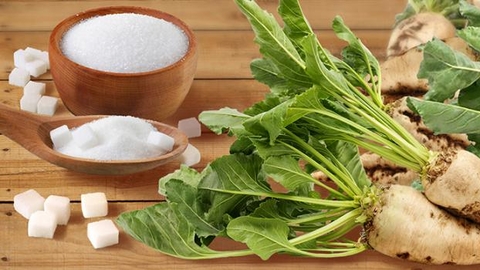 He also noted the progress of work on winter crops and sunflower, which still need to clean up an area of 28 thousand hectares, the correspondent of IA REGNUM.

In the Republic for the current year was harvested 2 million 805 thousand tons of sugar beet with a yield of 441 kg/ha, 105 tons per hectare more than the previous year. Sugar production in all plants of the region amounted to 189 thousand tons, which is 3,5 thousand tons more than in 2018.

Earlier, Zabbarov said that across the country due to the overproduction of sugar has significantly decreased the purchase price by nearly 35% per tonne. According to Tatarstanstat, on November 11, 2019 the cost of a kilogram of sugar in retail is 28,83 rubles against 29,87 rubles the week before (the decline was 3.5%).

In Tatarstan own needs in sugar completely closed, and there is a surplus of production. Zabbarov said that the processing of raw materials will be finished at the end of January 2020.

In the agricultural sector of the region today the main theme is the condition of the winter crops, which in 2019 was the loss of almost 1.5 billion rubles. Harvest 2020 was planted 494 thousand hectares, of which 370 thousand hectares under winter wheat, and 121 thousand ha of winter rye. On the area of 395 hectares noted the good condition of crops, 74 thsd ha — satisfactory, and on 25 thousand hectares of winter crops did not raskulls. In Republic hope that a repeat of last year will not. This time, according to the Minister, "the presence of moisture allowed to more efficiently prepare the soil and get a smooth shoots".

Among the existing problems are pointed out Marat Zyabbarov, — buy some cheap seeds farms.

"A number of farms, podkopai the cheapness of seed, go to a random company where the quality is not always consistent with the stated. The result — the yield," said the Minister and asked heads of households to prevent this error under the next year's crop.